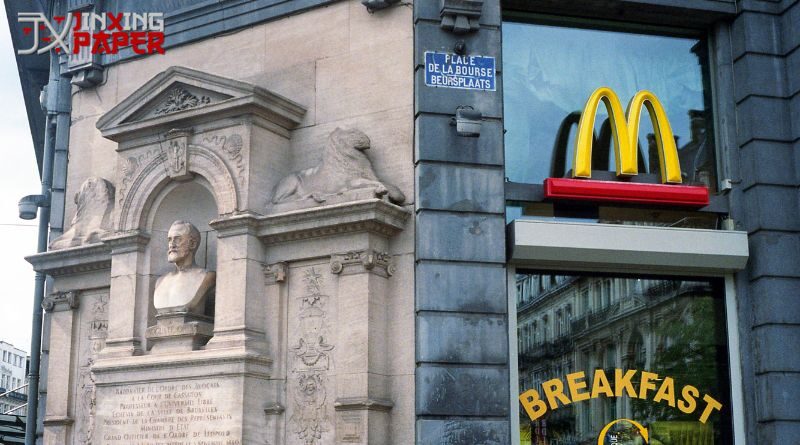 Utah police released body camera footage of an incident in February. 12 incident where the child shot police officers in a McDonald’s drive-thru located in Midvale.

Police officers from police from Unified Police Department were responding to reports that a man believed to have shot a firearm toward McDonald’s employees as a result of an untrue order at approximately 11:30 p.m. at local time. Once police arrived and began to arrest Sadaat Johnson, 27 an infant in the back of his vehicle shot at officers.

In the body camera footage that the Unified Police Department released to FOX 13 Salt Lake City, officers are seen telling two children between the ages of 3 and 4 in the back seat of Johnson’s car, “It’s okay,” after one of them fired one shot.

The police initially arrested Johnson after asking the driver to get out of his car and the suspect refused to cooperate in a statement issued by the Police department. Video footage shows officers forcefully removing the suspect from the driver’s seat before holding him down.

The 27-year-old Sadaat Johnson was accused of pulling a gun on McDonald’s workers in Midvale, Utah, in February. 12 2022. (Unified Police Department and FOX 13 Utah)

At that moment the officer noticed that a gun was pointed out from the rear window of their vehicle of Johnson and at that point, he informed other officers about the gun, and then pushed the gun “to the side as a round was fired,” according to the press release. The officer also informed others of the fact that it was a “kid” who fired the weapon.

An initial investigation revealed that the 27-year-old had instructed his child to shoot police officers, according to police.

Court documents discovered by FOX13 disclosed that the kid was able to shoot at police officers due to the fact that “he wanted his daddy back.”

A child aged 4 fired shots at police officers in the McDonald’s located in Midvale, Utah, in February. (Google Maps)

“To have an adult think it is okay to encourage a [4]-year-old to pull a firearm and shoot at police illustrates how out of hand the campaign against police has gotten,” Sheriff Rosie Rivera said in a February statement following the incident. “This needs to stop and we need to come together as a community to find solutions to the challenges we face in our neighborhoods. Officers are here to protect and serve and we are beyond belief that something like [this] could happen.”

Utah authorities have charged Johnson with child abuse and assault with a vengeance and interfering with an officer who was assisting in the incident, as reported by FOX 13.